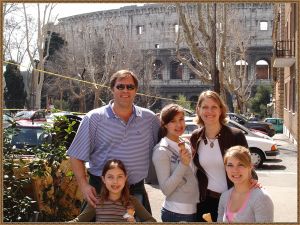 This intriguing tour of Ancient Rome will begin at the Eternal City's most outstanding landmark, the Colosseum - site of spectacular gladiator combats and executions.  In the Roman Forum we will explore the ancient Roman temples and basilicas, the Curia, the Via Sacra, Caesar's cremation site and the imposing Roman arches.   Moving on to the "Capitol" (the Campidoglio - the most sacred of Rome's seven hills) which is the political, religious and social center of ancient Rome.  From the terraces on the Capitol Hill we will enjoy one of the most magnificent views in Rome - the beautiful vista of the Palatine Hill and Roman Forum.

We will then pass through Piazza Venezia while heading to Largo Argentina - the location of Caesar's assassination.  Our final destination will be the amazing Pantheon. This building is the most impressive and best preserved Roman structure.  This will end our memorable journey through Roman history.

Note: If timing allows and guests are interested, we may visit the interior of the Basilica of San Clemente at the beginning of the tour.  The Basilica hosts centuries of art and history - inside you will travel back in time to explore the Basilica of the fourth century and then descend into the world of Rome in the first century where there is still a pagan temple.

* In order to save time, Customized Italy will coordinate the reservations of the Colosseum entrance tickets thus bypassing long waiting lines. 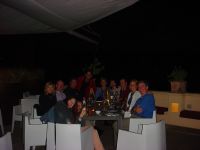 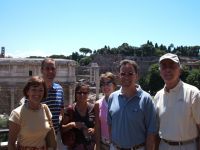 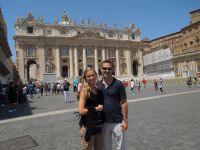